Consumer Electronics Show, Las Vegas, Jan 7-Jan 10 , 2014- Lot have and would be written about the event, Here is the CES First Timer’s view. I wasn’t sure what to expect, however knew it would be a great experience (having heard a lot about CES from friends). ‘It was overwhelming’ – This was the way most attendees described the CES event. The show floor was spread across multiple locations and you would need a Global Positioning System to navigate through the exhibit floors. The CES team was extremely well organized with shuttle pick-up and drop from the hotel and from the conference center to Venetian (where there were multiple exhibit floors). 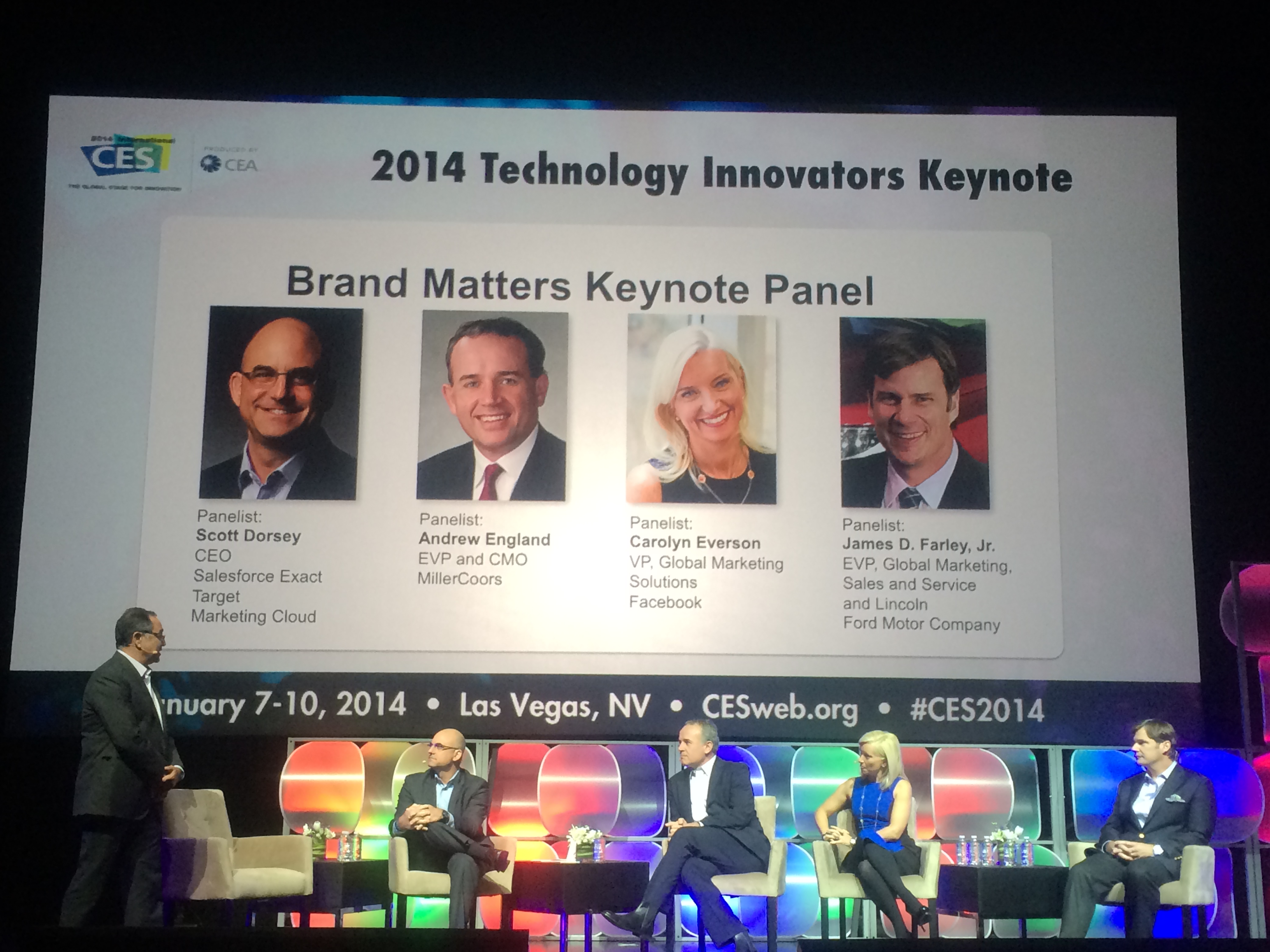 SMB’s, Manufacturers and China
There were hundreds (maybe thousands ) of exhibitors. I was under the impression that CES is a lot about Samsung, LG, SONY, INTEL, AMD and the other big brands. It was my ignorance. There were numerous companies (manufactures) from China, Taiwan & Korea. It was very interesting to compare the wholesaler / distributor pricing with the retailer price of the same product. There were at least 50 Power Banks manufacturers from china. The manufacturing companies from these countries had a plethora of products to offer: Head-sets , Plugs, Switches, Lights, Portable Chargers, Keyboards, Speakers, mini and low priced tablets, ipad stands, bags and back-packs, cables, mobile cases, laptop chargers and more. If you are a distributor/buyer, CES is a great place to make connections with manufacturers directly and they are very welcoming. I also learnt about MOQ (Minimum Order Quantity). Infotainment & Wearable Tech.
Infotainment in the cars was a treat to watch @ the CES. There were exhibits from BMW, Daimler(Mercedes- Benz), Chevrolet, Ford, Toyota and most of the big car brands. Each of them had something unique to offer. Giant touch screens in the cars to play music, videos, apps that are relevant and more. The infotainment was tied to mobile phones (iphone and android) and some of the brands were focused on building their own ecosystem / app-store for the infotainment on their cars. Car without a steering and drive based on body positioning – The model was demoed by Toyota.

Wearable Tech. was very much noticeable in the CES. Glasses, Watches, head-bands, wrist bands that work with technology, lets you browse, talk to wearable devices and get things done. It will be good to watch if Wearable Tech. would be the way forward, however very much still in a nascent stage. Home Automation & Robots
There were numerous Home Automation companies exhibiting @ the CES. Automating your home, security systems for your home / surroundings, transmitting the data via IP and monitoring your home from wherever you are, were the highlights. It was cool to watch robots cleaning the floor and windows. This would make lives of people much easier without needing a third party/maids to assist you in your day-day living. Sound Blaster – from CREATIVE
I found this cool. Wireless Speaker, Megaphone, Karoke, Battery Bank, Teleconferencing, Voice Recording, Sound Blaster — all bundled in one device. The presenter who demoed the product did an excellent job of keeping the audience tuned to his product and this sure resulted in a lot of sale for them @ the show. They were selling for $149(retail price $199) and I ordered one after testing the product @ the show. I also picked up car chargers (2 for $5) and Bluetooth speakers ($15). Last day @ CES is usually a good day to shop. Most of the foreign companies don’t intend to take back the show-case products home and prefer to sell @ the show at the manufacturer’s price. There was just not enough time to see everything. It indeed was overwhelming. You tend to get leg pain in the second day of the conference having walked a lot. Fascinating First Time Experience. CES is one of the largest conferences in the world I have attended. Congratulations to the CEA team for keeping the bar and standards of the conference so high and you make business’s connect easier.